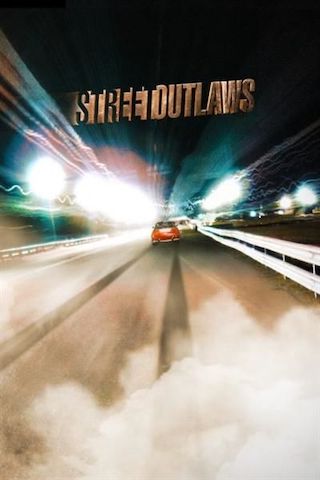 Street Outlaws Season 13 release date is scheduled on April 1, 2019 at 9:00 PM ET/PT on Discovery Channel. The two-hour premiere has been officially confirmed by the network this March. The new season is promising to be more exciting and tense. Besides, a new season means new challenges. The competition between 405 racers is continuing as they are attempting to tune up their engines to get back on a track and perform all their best.

Since the street racing trend is expanding even faster, the guys behind OKS will have to get rid of their disagreements and team up together because of another challenge. Boddie, a West Coast racer wants his team to prove their skills at a race on Cali's turf. Yet before OKC puts everything on the line against their rivals out West, the guys should assemble together.

Street Outlaws Season 12 has garnered 1,459 million viewers with a 0.52 key demo (P18-49) during the premiere. Therefore, it's wasn't a surprise that Discovery Channel opted to pick up the show for another round.

Perhaps you don't know that Discovery Channel is the #1 cable network among the male audience between 25-54. Meanwhile, Street Outlaws is the network's #1 unscripted series across M25-54, M18-49, and M18-34. Despite the show's "shaky" legal status, Street Outlaws possess the immense fan base, whose members are regularly monitoring the status of the reality television series.

The show's ratings thereby remain steady already within eleven seasons. It's worth noting that such digits are quite impressive for a cable network. However, also worth noting that we observe a downtrend in the ratings since the previous season of Street Outlaws has drawn almost two million viewers (1.974) with a 0.77 key demo (P18-49). However, it seems that such statistics were enough for DISCOVERY to order one more season of the reality show.

The show's score on IMDb looks average, 6.8/10 ~ 848 votes. However, also worth noting that that Street Outlaws don't present in other charts, such as Metacritic or Rotten Tomatoes due to its status. Therefore, it's difficult to evaluate a reception by critics and viewers, as well as a response from the target audience. In other words, there is no place for fans where they could express their feelings regarding their favorite show unless maybe comments on various blogs and forums. The curious fact is that the official Facebook page of Street Outlaws has a bit more than 2.6 million followers. This figure is almost equal to the best viewership of the show for all time, which point out the total engagement of the viewing audience.

Street Outlaws disclose the hidden world of street racing in the United States. In fact, this kind of sport is illegal. However, this circumstance doesn't serve a barrier for the participants of this docu-reality show to be filmed on camera. The reality television series follows its protagonists on the road and behind the scenes. The events take place in Oklahoma City, where street racing is erected in the cult. This dangerous "hobby" is in the 1st place among the male population of the city. These guys are ready to boast with the fastest street cars in the country. Their goal is to win $100,000. However, this is not the primary aim. More important is to showcase their top-notch vehicles and competition with each other in the gripping race.