Rick and Morty Season 4 Is Set To Premiere in November 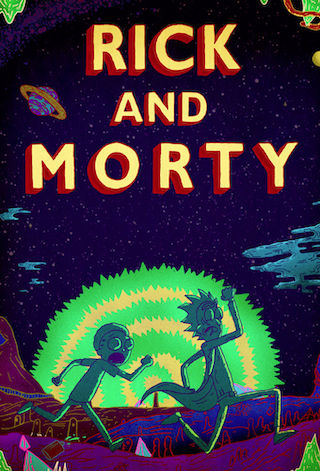 We heard some of you were interested in this information. #WarnerMediaUpfront @rickandmorty pic.twitter.com/UkUINBmw9a

It's worth noting that it would be a 70-episode season. So guys, you must be happy by learning such an exciting news. It would be the longest-running season of Rick and Morty to date. However, no official synopsis for Season 4 has been revealed so far.

The third season premiere of Rick and Morty has drawn only 0.68 million viewers, yet it has been unannounced premiere, which has later improved the viewing figures. A sophomore episode has garnered almost three million viewers (2,859) with a 1.5 key demographic rating among adults (P18-49). Also worth noting that the season finale has gained 2.60 million viewers.

Rick and Morty Season 3 thereby has become the most viewed season of all time. Adult Swim also announced that the Livestream Facebook page, which also broadcasted the 1st episode of the third season has recorded 43.3 million impressions and 8.7 million video views combined. As a result, nothing is surprising in that Adult Swim opted to renew Rick and Morty for a fourth round.

The series Rick and Morty is no doubt a phenomenon in the world of adult animated sitcoms, which caused the appearance of an army of fans. Needless to say that Rick and Morty Season 3 has received the universal acclaim. Both critics and viewers have left rave reviews. On Rotten Tomatoes, Rick and Morty Season 3 holds a score of 8.95/10 and a 96% approval rating among critics, while viewers have rated the third installment of the adult animated sitcom at 4.6/5 and have given a 94% rating. On Metacritic, the series has a rating of 8.5 out of 10 from the viewers. Finally, on IMDb, Rick and Morty keeps a very high rating of 9.3/10 based on over 272,000 votes.

As mentioned above, Rick and Morty Season 4 is set to premiere in November 2019, yet a specific release date is unknown so far. It was rumored that the premiere is slated for November 1, however, we wasn't able to find any reliable source, which might confirm such data. As a result, we are tracking down all the official news that arrives from Adult Swim. As soon as the cable network announces the exact date, we will update this page. So guys, stay tuned for updates. We will keep you informed.

The story focuses on Rick, an eccentric and alcoholic mad scientist, and his grandson Morty, a teenage boy, who is forced to get into crazy adventures because of his grandfather. Morty is unsuccessfully attempting to live a regular teenage life, attending school and playing with friends, yet Morty always draws his grandson into dangerous adventures across the universe.

As a rule, a crazy idea attends Rick's mad imagination, and he starts to invent some gadget or trying to find a way to make the things happen. However, occasionally, his ideas turn dangerous, generally for Morty. Meanwhile, Morty's family, especially his father, quite often becomes a lab rat for Rick's mad experiments. Yet most often, Rick and Morty are wandering across the multiverse and face various beings that populate different dimensions.

Previous Show: Dead to Me