The Chi Is Coming Back For Season 3 on Showtime 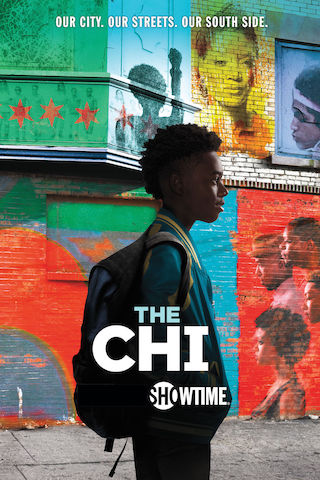 On April 30, 2019, Showtime announced an exciting news, The Chi is returning for Season 3. No specific release date has been revealed so far. The 2nd installment of the show is currently broadcast Sundays at 10 p.m. PT/ET. The current round of The Chi has been praised by critics and viewers what most likely has played in favor of renewal. The story of the troubled preteens from a poor neighborhood didn't leave the viewers indifferent.

Unlike The Get Down, The Chi looks gloomy and devoid of brilliance. Nonetheless, both critics and viewers have found this show exciting. On Rotten Tomatoes, The Chi Season 2 holds a score of 5/5 and a 100% approval rating from the viewers. On Metacritic, the 2nd installment has received mixed, but mainly positive reviews from critics, with a score of 75/100, 67/100, and 50/100, respectively. On IMDb, an overall score of The Chi is pretty high, 7.5/10 > 2,700 votes.

The decision on renewal hasn't been a surprise for us also because of the steady television ratings of a sophomore season. During its 2nd season premiere, The Chi lost just about 15% of its viewing audience. The premiere has garnered 0.454 million viewers with a 0.13 key demo among adults (P18-49). Yet also worth noting that the viewership of the show is decreasing, given the statistics of the next episodes of the season. Nonetheless, Showtime treated the statistics above as generally positive and thereby opted to pick up The Chi for Season 3.

As mentioned above, The Chi Season 3 release date is yet to be announced. However, given the current schedule of the drama series, there are two likely periods for the upcoming premiere. Thus, in our opinion, The Chi might return for its third installment in December 2019 or in April 2020, depending on the decision of the Showtime's management.

Nonetheless, the data above is only our forecast. No doubt, we will have to wait for the official announcement from Showtime. Fortunately, the waiting won't last so long. As soon as Showtime reveals the exact premiere date for Season 3, we will update this page. Stay tuned for updates. We will keep you informed.

The story unfolds on the South Side of Chicago, whence the show's short name. This area hides dangers for its residents. Each decision in this place may affect your life or death. The kids grow up early in such conditions. They are forced to take care of their lives while their parents at work. Life goes on when the preteens are preparing for school. Meanwhile, the elders watch for them sitting on their front porches.

The storyline focuses on a group of preteens, which tries to cope with all the difficulties of the life in such neighborhood. Each of them has own desires. However, this area has the potential to crush dreams. The process of adulthood is going faster. The guys thereby must be ready for the adult troubles, despite the fact that they are just kids.

At the same time, the South Side of Chicago lives according to its rules. In spite of their good intentions, the protagonists found themselves plunged in a chain of unfortunate circumstances.

Next Show: The End of the F***ing World