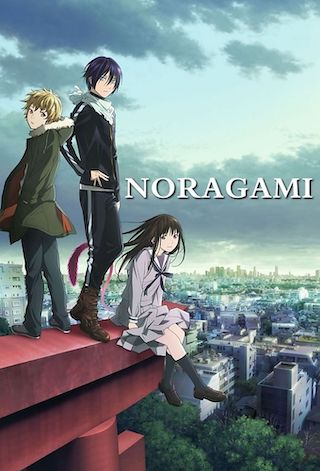 If you are concerned about the possibility of Noragami Season 3, we have some good news for you. No doubt you are aware of that Noragami Vol. 20 was issued on February 15, 2019, in Japan, and the English version is available since June 11, 2019. This new volume contains a special edition with Stray Stories 2 as well as a regular edition.

The 20th volume of Noragami consists of four chapters titled "Indispensable," "Dispensable," "Object of Desire," and "Near Love, Far Love." But the more exciting news is that Noragami Vol. 21 titled "Noragami: Stray God 21" is now available for preorder. This new volume will be issued on December 31, 2019, and will be available as paperback on March 10, 2020.

We now thereby have at least eight new chapters that could be used to create a new story arc for the possible Noragami Season 3. Yet whether there is enough source material for another television season? In the case with anime, the situation is, as a rule, complicated by the fact that we must rely on Japanese sources that are usually inaccessible for a Western visitor. You nonetheless still might visit the official website of the anime or even its Twitter page, but such sources, in most cases, are updating rarely.

Therefore, the only thing we can do is to create a forecast relying on the statistics, as well as the reliable sources we have. Yet still, none of them are official since there is still no official news about Noragami Season 3 neither from the Studio Bones nor on the official website of the anime.

So what data do we have at the present time:

We have collected these data from the official/reliable sources. Therefore, now we are ready to make a conclusion in our forecast. Summing up, given the data presented above, Noragami is ready for Season 3. All the sources point out the possible decision on renewal. Thus why in such a case we still have no official confirmation of Noragami Season 3? Looks like, Bones, the studio which stands behind the Noragami television project is busy because of working on other anime project, which are more important, according to the opinion of those, who own the studio.

The Bones studio is the company, which worked on such famous anime adaptations as Boku no Hero Academia, Mob Psycho 100, Fullmetal Alchemist, etc. The latter have been recently renewed for their respective next seasons. The right answer is always lies behind the matter which relates to money. The studio calculates a ratio between their expenses and incomes. As a result, the company works on the projects they believe might gain more money.

That's why the manga is still ongoing while the anime series went on a long-term hiatus. Thus, there certainly must be a Season 3 of Noragami. Yet this is just a matter of time for now. As soon as, the studio Bones managed to release those resources that are currently involved in the development of other projects, they should be paying attention to Noragami.

As a result, we will have to wait for their decision. Remember, no one might answer the question whether there will be Noragami Season 3 right now. We should wait for the official announcement from Bones. Once the studio announces the renewal, as well as the exact date for the next season premiere, we will update this page. As for now, stay tuned for updates. We'll keep you informed on the subject. Let's now discuss the possible release date for a next season of Noragami.

Now it's time to discuss the likely release date for the upcoming season of Noragami. Let's first of all take a look at the previous seasons. They were released with a pause of about two years. That's why too many people expected the third installment's release in 2017. However, as we have figured out above, there was not enough source material for another round.

Thus, given the fact that the 20th volume of the manga was issued in February of 2019, we would have to wait. Sadly, but this is how the world of anime works in fact. Let's imagine that the two new volumes have enough data for Season 3. Even in such a case, it might take at least one year to produce the new season of Noragami.

We thereby will have to wait until the end of 2020. However, even this date looks too early. Damn, what to do during such a long period of waiting? We don't know, really. Wait, wait, wait... Everything is not so bad. We know that all the fans who read the manga know that the two previous seasons covered only 38 chapters of the original manga. You are right guys.

The 38th chapter was in the tenth volume of the Noragami manga. What does it mean? It means that when the 20th volume is released, we now have all the missing chapters, even to produce two more seasons. Isn't it? Therefore, Noragami Season 3 premiere might happen much earlier. Unfortunately, no-one knows the exact release date right now.

So, we are looking forward to the official announcement. TV Date is tracking down the official sources, including the Japanese ones to inform you about the further updates. As soon as Bones or any other studio announces Noragami Season 3 and its release date, we will update this page. Stay tuned for updates.

Noragami is a story of a homeless deity who has neither shrine nor followers, but who is attempting to be helpful and efficient. In order to obtain at least one worshipper, he assists any stranger to get closer to their wishes. His name is Yato, and he is ready to undertake any personal request. He is a blue-eyed young man, who wears a sports costume. Yato leaves his phone number at every public place, desiring that one day he will manage to obtain an army of followers.

He is addicted to a bottle, and thus frequently looks stupid and smug. But, sometimes, he could be frighteningly sincere. Once, Yato's life dramatically changes. A 15-year-old girl, Hiyori Iki, prevents a car accident by rescuing Yato, presuming he could die. As a result, Hiyori is remained alive. However, her soul now exists outside the body. She demands Yato to give her life back. Yet when learning that Yato is seeking for a partner to accomplish this, Hiyori accepts to assist him to find the one.

Next Show: Akatsuki no Yona