No Game No Life Season 2: Is There Goin To Be Another Season? 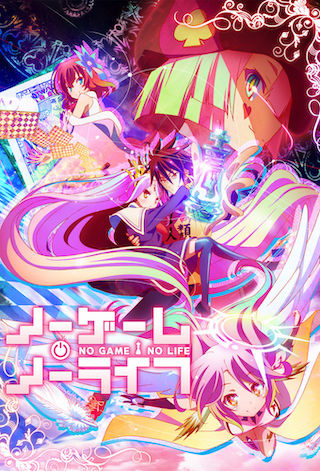 As a result, the first thing we want you to know that there is no official confirmation of No Game No Life Season 2, say nothing of a specific release date. All the data you have ever heard or read on the subject are nothing but fake news or guess-work of their authors. So once you have got rid of fake news, let's now talk about the possibility of renewal.

Honestly speaking, Madhouse is not the studio, which might boast renewals, unless their favorite, Overlord, the anime series which has survived four installments. Meanwhile, fans are anxiously demanding the 2nd season of No Game No Life, but the studio doesn't hear their voices. The only thing that Madhouse presented to their target audience was the 2017 film titled "No Game, No Life Zero," which debuted on July 15, 2017. Generally speaking, such a decision looked ambivalent, while presenting neither a teaser for another television season nor nothing but mockery.

Given what we have seen in No Game, No Life Zero, there must be at least one more season of the anime series. But two years have passed since, and we still have no Season 2. The movie has grossed about ¥700 million, which is equal to $6.3 million in USD. Not a bad result for another anime film. So, talking about the commercial value of the franchise, it looks budding and even promising. On the other hand, the tenth volume of the original light novel series was issued on January 25, 2018. And such a fact gives us hope.

The light novel went out from the long term hiatus, and we now apparently have a chance for No Game No Life Season 2. Yet there still is not enough source material for a next television adaptation. That's why we still have to wait. We hope that the waiting won't last so long. Finally, four new chapters are ready for Season 2. Besides, the commercial value of the franchise is evident. All the MadHouse studio needs is just meeting the demand. As a result, they would have a chance to cover any possible expenses. In addition, they might win the love of an army of fans.

Frankly, we have to admit that the original light novel series updates rarely, one-two-three times a year. A sad fact, but it could take one or two years of waiting. Though the first season of the anime consists of only 12 episodes. The film, which premiered in 2017 created a basis for another season. Given all the data presented above, we still have to keep hoping. There still remains a chance for No Game No Life Season 2. The official confirmation of the 2nd season must follow soon. Once MadHouse reveals their decision on renewal, we will update this page. Stay tuned for updates.

No Game No Life Summary

The anime focuses on two step-siblings who dared to challenge a serious rival. Previously, they were known as an undefeated duo. But their bravery played a bad game in their further life. As turns out, their new rival is Tet, a god from the other reality. As a result, the siblings Sora and Shiro found themselves in an entirely new world that focuses on games. In this world, every dispute may be solved by dint of a tournament. This simple rule allows avoiding violence and injustice.

Thus, the guys went on a journey in an attempt to assist the weak humans in conquering this world. Their final mission is to throw a challenge to Tet to dethrone him. But who indeed rule Disboard? Whether or not the sibling will be able to cope with Tet. Both first season and the film concluded with an exciting cliffhanger.

The anime kicked off in April 2014 on AT-X. Later, other Japanese networks such as BS11, SUN, and Tokyo MX, picked up the series to broadcast. Sentai Filmworks has licensed the series in the United States and Canada. The first season of No Game No Life consists of twelve episodes.

Show Name: No Game No Life

Next Show: Boku no Hero Academia