Fleabag: Is There Going To Be A Season 3? 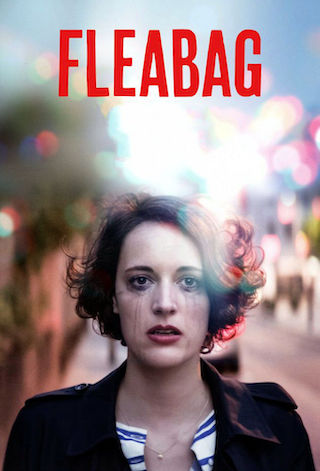 You were definitely excited while watching a finale of the 2nd round of Fleabag, and thereby are concerned about the possibility of a Season 3 of the comedy-drama series. Despite that Amazon Studios has yet to announce any certainty about the future of the web series, the show's star Phoebe Waller-Bridge has hinted that she doesn't rule out her participation in a possible third season of Fleabag.

In the meantime, all indications are that there definitely must be another installment of the show, given the statistics presented by various media aggregators. Since AMAZON doesn't reveal the viewing audience of the web series that broadcast on Amazon Prime, we may rely only on a response, which the 2nd round of the comedy-drama series has received from critics and viewers. To be honest, it's worth noting that the 2nd installment of Fleabag has received the universal acclaim.

On Rotten Tomatoes, Fleabag Season 2 holds a score of 9.29/10 and a 100% approval rating from critics, while viewers have rated a sophomore season of the show at 4.8/5 and have given a 97% approval rating. We observe almost the same picture while looking at the data provided by Metacritic, 96/100 and 8.8/10, among critics/viewers, respectively. At the same time, on IMDb, the web series holds a score of 8.6/10 based on about 25,000 votes.

Summing up, Fleabag possesses the excellent response from critics and viewers, and thereby we have every reason to believe that Fleabag Season 3 is just a matter of time. We have no doubt that both BBC Three and Amazon Studios are already discussing the possibility of Fleabag Season 3. As a result, we are tracking down all the official sources on the subject of renewal. As soon as the decision is announced, we will update this page.

As we have mentioned above, in our opinion, Fleabag Season 3 is just a matter of time, and we don't rule out that the announcement could follow soon. In such a case, we have two possible periods for the upcoming premiere, in spring or summer. Nonetheless, if we take a look at the gap between the two previous seasons, it looks horrifying.

The hiatus between Season 1 and 2 last for about three years. Yet since the 2nd round of Fleabag had gained such a huge success, we don't think that the waiting may last for so many years. Most likely, in the case of renewal, the premiere might take place in March or July 2020, given the current schedule of the series.

But still, you must bear in mind that the data above is only our forecast. Therefore, we are looking forward to any official news from the BBC and AMAZON. Stay tuned for updates. We will keep you informed.

The story focuses on Fleabag, a 30-something woman, living in London, who owns a cafe and is trying to figure out her relationship with the others. Meanwhile, the people, who surround Fleabag are a crowd of scums, who are duplicitous, anxious, spineless, and aggressive town folks.