Black Bullet: Is There Enough Source For Season 2? 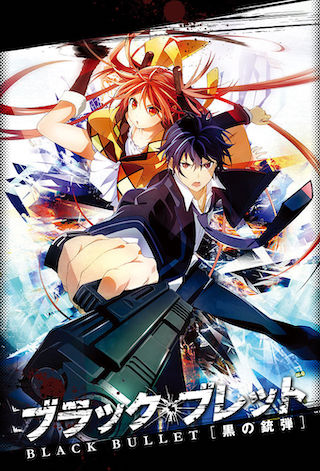 We know that many of you were disappointed since the first season of Black Bullet consisted of just a mere thirteen episodes. Of course, you were looking forward to the next season within over three years. And this is annoying without a doubt. The sad fact is that there has been no official news on the subject of renewal. However, also worth noting that plenty of rumors arose around this anime series. We suggest you visit the official website of the franchise as well as its Twitter page to be sure of the fact that this project is suspended. Moreover, it seems that we will never see another season of Black Bullet, unfortunately. However, let's find out the odds of this anime of obtaining the next season.

Honestly, several factors usually affect the decision on renewal. The most valuable of them is the commercial feasibility of a franchise. In general, there are many ways to estimate its value. For instance, the show's creators look at the BD/DVD sales in Japan, as well as overseas. If this indicator below the minimum mark of 3-4,000 units, the series considered to be failing.

The second indicator is the availability of source material. In the case of Black Bullet, we observe an ambiguous situation. In fact, the original light novel series consists of seven volumes. The first season of Black Bullet thereby covers just four of them. On the other hand, the show's creators need at least one more volume to adapt it into a sophomore season. However, perhaps, they conceived a 26-episodes second season. That's why the creators need that much time to gather the data for another round. Because, in that case, they need at least four volumes to adapt. But this reason, in fact, seems quite doubtful.

The third point in our list is usually a reception by the target audience. As for the US and UK TV shows, this factor plays a primary role in the further decision on renewal. However, as it appears, in Japan, this factor is a somewhat minor one. Nevertheless, it's worth noting that Black Bullet has a score of 7.40/10 > 226,200 votes, according to the statistics by MAL. We consider this figure high enough for a decision of renewal.

Another factor affecting the decision is overseas distribution. Sometimes, a project feels a lack of sales in Japan, but it is pretty lucky in the United States, for instance. Crunchyroll streamed Black Bullet worldwide. So, the show's creators must have its statistics across the world. Unfortunately, we have no access to this data.

Summing up, we conclude that Black Bullet Season 2 still might happen since there are three volumes left to adapt. A reception by the viewers was mostly favorable as well. Unfortunately, we have not enough data on the subject of the box office of the first season. This information could extend our forecast. But, in general, the odds of renewal are average. The only issue that is disturbing us is that, according to rumors, only about 2,000 BD/DVD units were sold for the first season. It is not a commercial success, unfortunately. However, we can't confirm or refute this fact. So, we conclude that we need to keep hoping that we will see Black Bullet Season 2 soon.

Black Bullet premiered in April 2014 on AT-X. Shortly, Tokyo MX, SUN, BS11, and other Japanese networks began airing the anime. Kinema Citrus Co., Ltd. served as a creator of the series. Sentai Filmworks has acquired rights for the anime in North America. Black Bullet aired on Crunchyroll, Hulu, and Netflix. The first season of Black Bullet consisted of thirteen episodes.

What Is Black Bullet About?

The story unfolds in the near future. A disastrous virus of Gastrea has stroke humankind. As a result, most of the people were forced to hide behind the Monolith walls, the only barrier against Gastrea made of Varanium. However, even surrounded by the walls, people couldn't escape the epidemic since children born with a genome of Gastrea obtained thereby supernatural abilities. That's why people called them "Cursed Children." But only female children turned infected. To entirely destroy Gastrea, the government decided to team up the cursed children, nicknamed Initiators, with regular ones, nicknamed Promoters, who must follow them. These pairs formed Civil Securities, capable of resisting Gastrea.

The storyline focuses on the adventures of Enju Aihara, an Initiator, and Satomi Rentaro, a Promoter, as they embark on a mission to protect their hometown, Tokyo, as well as the entire world from Gastrea.

As mentioned above, we do not exclude the possibility of Black Bullet to return for the second season. But we admit that the odds are average or even low. Nonetheless, many factors in favor of renewal. Since there has been no official news, we forecast the possible announcement for the first half of 2018. At least, this is enough time to produce one more chapter in the original light novel series.

On the other hand, we have been waiting for three tedious years, without a result. So, we likely won't see the sophomore season of Black Bullet until the next fall or even the beginning of 2019. By the way, many anime series have got their following seasons this year. Some fans waited for a decade for the current announcement. All in all, we are waiting for the official announcement. Stay tuned for updates. We'll keep you informed on the subject.

Next Show: Date a Live