Big Little Lies Season 3: Whether There Will Be Another Season? 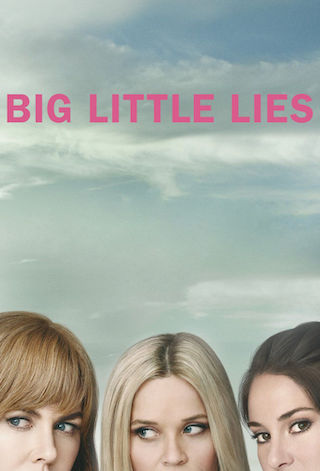 No doubt you're concerned about Big Little Lies Season 3 since the current round of the mystery drama is coming to an end. On the eve of the season finale, TVLine published a controversial article, where Michael Ausiello claims that during the interview, which happened earlier this year, HBO president Casey Bloys said that the renewal is quite unlikely since the Big Little Lies cast consists of "the busiest actresses working in Hollywood," hinting thereby that each of them is working on the next shows.

But still, even despite such a negative forecast, we don't rule out the positive resolution at all, given the statistics of the current season of the show. Indeed, it should be quite reckless to cancel such a commercially successful television project. Let's just take a look at some statistics.

Yet talking about the renewal we, above all, take into account television ratings of the sophomore installment. Thus, Big Little Lies Season 2 premiere has drawn 25.49% more viewers versus Season 1, 1.423 million viewers with a 0.39 (25.81%) key demo among adults (P18-49). To be honest, few shows on TV capable of showing such impressive results in a sophomore round. As a rule, if a television project managed to attract more viewers during the next season, a network decides to pick up it for at least one more round.

Undoubtedly, we must bear in mind that Nicole Kidman, for instance, is now engaged in another television project titled The Undoing, and it's not a simple task to keep such demanded cast, hoping they will work on Big Little Lies and thereby refuse other promising offers, yet HBO must find any solution to pick up Big Little Lies for Season 3, in our opinion. Otherwise, if the show is canceled, we expect indignation of millions of fans all around the world. Nonetheless, we should admit that the decision still depends on HBO, and we can't affect it.

On the other hand, those who stand behind HBO were aware of whom they hire and how much it cost. We assume that Casey Bloys is being cunning, talking about the impossibility of Big Little Lies Season 3, and, as a result, the renewal is still possible. In any case, the only thing we can do is to cross the fingers, praying for the positive resolution. We are tracking down all the official reports which arrive from HBO. Once the network announces their decision, we will update this page.

Since we don't rule out the possibility of renewal, let's talk about the likely release date for Big Little Lies Season 3. In our opinion, in the best case scenario, Big Little Lies Season 3 premiere could take place this winter or next summer, in February 2020 or in June 2020, respectively, given the current schedule of the mystery series.

But still, all the data above is only our forecast. We hope that HBO will make the right decision. As a result, in case of renewal, as soon as HBO announces a specific release date for Big Little Lies Season 3, we will update this page. So guys, stay tuned for updates. We will keep you informed.

Set in a peaceful beachfront town, Big Little Lies revolves around a mysterious murder, which shed light on the life of haves and have-nots, living here. The story is told through the perspective of three mothers -- Madeline, Celeste and Jane, and reveals the events happened several months prior to the incident. The families whose lives are described in the storyline are somehow related to the murder.