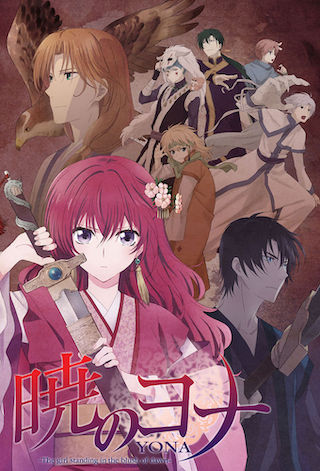 No doubt, you have been waiting for Yona of the Dawn within more than two years. Nonetheless, Pierrot didn't make you happy. Perhaps, you know the sad news that Mizuho Kusanagi had become a victim of the earthquake that hit Kumamoto.

Fortunately, she managed to return to work on the original manga series. As a result, the series is still ongoing. But what about Season 2 of the anime? Whether or not the Pierrot studio is going to produce one more season of Akatsuki no Yona? Let's try to find the clues.

Season 2 of the series came to an end in March 2015. However, the three-part OVA followed soon. The last one concluded on December 19, 2016. In fact, it's a positive indicator if the showrunners are continuing to produce the franchise, in any manner, no matter how.

Also worth noting, the popularity of the anime among the viewers. According to the data by MyAnimeList, Yona of the Dawn has a rating of 8.21 ~ 140,000 votes by the target audience.

It seems that both series' creators and distributors were about to pick up the anime for the next season. Besides, the original manga contains a lot of chapters to adapt. So, there are tons of the source material for one-two-three more seasons. But something serves an obstacle on the way.

Akatsuki no Yona premiered on October 7, 2014, on AT-X. Soon, RKK, BS11, Tokyo MX and other Japanese TV networks began broadcasting the anime. It is a television adaptation of the popular manga of the same name that issued since 2009. FUNimation owns rights to the series in North America. By the way, the viewers of this network rated the adventure series at 5 points out of 5.

However, despite all the positive ratings and desire of the show's producers and distributors, Akatsuki no Yona Season 2 is on hiatus. There is no news on the subject of renewal on the official website of the franchise as well, unfortunately. But the anime has a good potential, mainly thanks to the incredible support of its fans.

Yona is a typical princess who doesn't care about her future as she is under the wing of her father, King Il. Thus, her life is full of pleasure and happiness. Her kingdom is in prosperity, and, it seems, that nothing and no one could destroy the idyllic life.

Yet one incident ruins everything. A Yona's cousin named Su-won kills her father, to dethrone him and get the power. Yona must run away accompanied by her childhood friend Son Hak, as a result.

Together, they went on a journey towards Hak's hometown. On the way, Yona discovers that she was so naive. The presumably flourishing kingdom is, in fact, nothing but weak and corrupted state. Poverty, crime, and feud meet at every turn.

So they embark on a mission to find the descendants of the legendary Four Dragon Warriors, who could assist Yona to retrieve the reins of government in her kingdom, as well as punish the guilty in her father's death.

Explore the list of best anime series ever made.