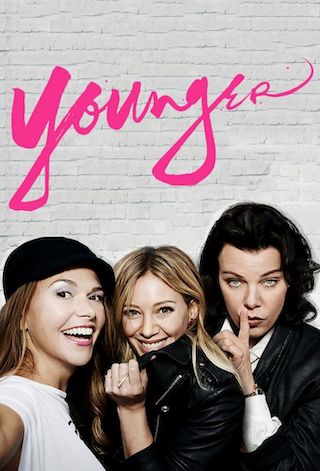 Just a few hours ago, TV Land announced that the network's critically-acclaimed series Younger had been renewed for a Season 7. The decision on renewal has been announced by President, Development and Production, TV Land. No specific release date for the upcoming season has been set as of yet.

Did you hear we were renewed for Season 7? This calls for a dance..... ⁦@YoungerTV⁩ #YoungerTV pic.twitter.com/HHhojB0sgG

To be honest, it was clear that TV Land is about to pick up Younger for one more round. The comedy-drama series managed to survive on TV Land for six seasons, each time showcasing impressive response from the target audience. Yet this time, the current, sixth round of the series has turned a record-breaking season.

The first thing we should take into account is that the sixth season premiere has garnered almost the equal (and even more) amount of viewers versus its predecessor. Younger Season 6 premiere has drawn 0.635 million viewers with a 0.15 key demo among adults (P18-49) versus 0.603 million in Season 5. Besides, it's worth mentioning that the viewing audience of Younger Season 6 is higher compared to all the previous seasons of the romantic comedy, unless only the viewership of the fourth installment of the show, which has been above praise.

In addition, it's worth mentioning that Younger is always a favorite among critics. Talking about their reception, Younger Season 6 has received critical acclaim. On Rotten Tomatoes, the sixth installment of Younger holds a score of 7.92/10 and a 100% approval rating, while on Metacritic, critics have rated the current season of Younger at 75/100. Meanwhile, on IMDb, Younger is keeping a very high score of 7.8/10 based on over 14,300 votes.

Summing up, it was clear that Younger Season 7 was just a matter of time because of the impressive statistics of the current, sixth installment of the show.

As mentioned above, TV Land has confirmed Younger Season 7. But no specific release date has been announced so far. As a result, in the best case scenario, we tend to believe that Younger should return for Season 7 next summer, in June 2020, given the current schedule of the romantic comedy series on TV Land. At least, three previous seasons have kicked off at this period.

However, TV Land may change the network's programming slate, and, in such a case, Younger Season 7 might premiere in January, March, and even September of 2020. In any case, we are waiting for the official news for TV Land. Stay tuned for updates. We will keep you informed.

The story centers on Liza Miller, a recently divorced 40-something woman, who is forced to make ends meet after her husband left Liza and her daughter with debts due to his gambling addiction. Liza decided to find a new job, following her teenage dreams, to work in publishing. Yet such job opportunity hasn't been appropriate for a woman of her age.

While struggling to find a job, Liza stumbled upon a 26-year-old tattoo artist, who mistakenly took her for a peer. Soon after, Liza's friend elaborated a plan how to pass Liza off as a 26-year-old. Eventually, Lisa becomes an assistant to Diana Trout, at the publishing firm Empirical Press.

Next Show: City on a Hill