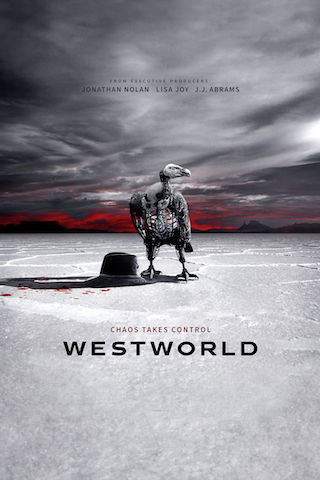 Nothing is surprising in that HBO opted to pick up Westworld for a third season. The current season premiere has surpassed its predecessor by garnering 5.60% more viewers. Both critics and viewers were even more impressed by watching the premiere. As a result, the 2nd installment of the sci-fi western has received the universal acclaim. The show returned for its ten-episode sophomore installment Sunday, April 22. And it was clear that HBO is watching for the statistics to decide the future of the series. But, in fact, the result was entirely predictable. Let's take a look at some data.

It is not superfluous to emphasize that Westworld has become the most-watched freshman series ever on HBO. Of course, Westworld can't compete with Game of Thrones in the ratings. Nonetheless, the figures of the first season were quite impressive. The pilot episode of Westworld has garnered almost two million viewers (1.963) with a 0.77 key demo (P18-49). But the most curious fact is that the viewing audience increased by the end of the first season. In the finale, Westworld has drawn 2.240 million viewers. Generally speaking, these figures are comparable with those of GOT's Season 1 finale. Thus, yet in 2016 we were confident that HBO is about to pick up Westworld for Season 2. Such decision has been just a matter of time.

However, the 2nd installment of the sci-fi western turned even more successful. The season premiere has garnered over two million viewers (2.055) with a 0.89 demo rating (+15.58%) among adults 18-49. This round of Westworld has also surpassed its predecessor in a reception from critics and viewers. On Rotten Tomatoes, the second chapter of Westworld holds a score of 7.98/10 and a 94% approval rating among critics, while the viewers have evaluated the current installment of the show at 4.3/5/83%. At the same time, on Metacritic, the figures were almost the same, 76/100 and 8.4/10, among critics/viewers, respectively. On IMDb, Westworld has an overall score of 8.9/10 > 272,300 votes. Both ratings and response from the target audience have finally convinced HBO in the decision on renewal.

What Is The Show Westworld About?

If you have not yet watched this western sci-fi thriller on HBO, we suggest you read a brief overview of Westworld below. Otherwise, you might scroll down to learn more about the likely release date for a next round.

The story takes place in the future, in a large area of land that includes the frontier town of Sweetwater, where locates the so-called Westworld. In fact, this is not just a typical amusement park like you used to imagine. On the contrary, this spot is intended to reconstruct the Wild West and provide you an opportunity to experience the life in that period. To assist rich people to enjoy their vacations, Westworld is full of servants, known as "hosts," in the form of androids which look exactly like humans. Thanks to the assistance by the hosts, wealthy vacationers were able to do everything they just desire.

No matter what your wish is and how can it affect the host, you pay money and get fun. You can kill these robotic hosts, make sex with them, punish them if you desire. In any case, their memories wiped of the previous day. To protect visitors against the "revenge" from the hosts, they are programmed to avoid any harm towards their "masters." This rule allows the visitors to feel themselves in total safety. However, one day a routine software update caused accidental damage, which allowed androids to realize the truth about themselves and their world.

On The Likely Release Date For Season 3

As we have mentioned above, HBO has officially renewed Westworld for another round. Nonetheless, the broadcaster has yet to say any words about the possible release date for a third installment. As you remember, we had been waiting for two years the next premiere. We should admit that the production process might take even more human resources and investments this time. As a result, we doubt that the third season could premiere this October.

But we hope that this event will take place next April, given the current schedule of the series. However, most likely, Westworld will be returning for Season 3 next fall, in October of 2019. In the worst case, we will have to wait until 2020, unfortunately. Therefore, we are looking forward to the further news from HBO. And we'll update this article once the network reveals more data on the subject. For now, stay tuned for updates. We'll keep you informed.