Violet Evergarden: Will This Sensational Anime Return For Season 2? 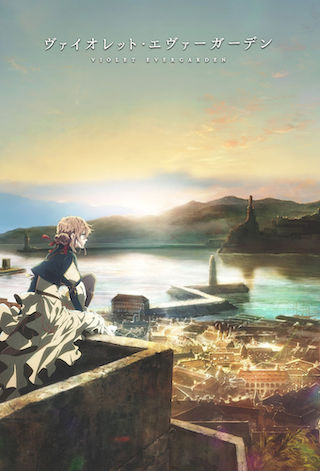 It was wholly predictable that the television adaptation of the award-winning novel would gain success. Indeed, Violet Evergarden is the most exciting anime series of the winter season. It seems that no one remained indifferent, watching this drama series. The first season of the anime consists of fourteen episodes. The last one will be airing in Japan on April 14, 2018, or closer to this date. But already now, most of you wonder, whether or not Violet Evergarden returns for Season 2? To date, neither Kyoto Animation nor Netflix has yet to make any official announcement on the subject. However, we could attempt to foresee the future of the anime series.

Noteworthy that the anime has received an impressive reception by critics and viewers. On MyAnimeList, Violet Evergarden has a score of 8.55/10 ~ 26,000 votes. Meanwhile, on IMDb, this drama series has almost the same score, 8.6/10. The community rating of the show on ANN is about 4.2-4.3 stars out of 5 per episode. Thus, in general, all the viewers were entirely satisfied with the new anime series produced by Kyoto Animation.

Another good point in favor of renewal is that Violet Evergarden has got under the wing of the world's most notable broadcaster, Netflix. This network, as a rule, spreads the original video content of the highest quality. Moreover, even if some television network decides to cancel their television project, Netflix can pick up the show for another season. There were many such cases in the history of Netflix.

Unfortunately, there are no statistics regarding the BD/DVD sales as of now since the show is still airing. However, according to the official announcement, the blue-ray box is already in production. Generally speaking, Violet Evergarden has a good chance for a next season. The only subject that worries us is that there are only two volumes in the original light novel series. Kana Akatsuki releases each book once a year. As a result, we don't rule out that fourteen episodes of the first season might cover all the source material.

The author has not released a new book this winter. However, a Gaiden is scheduled to release on March 23, 2018. We hope that Kyoto Animation has planned to split the anime for at least two seasons (fourteen episodes each). In that case, the current installment will cover just the first volume of the original light novel series. In that case, we have an excellent chance to see the second season of Violet Evergarden next year. Otherwise, the anime series will conclude this April, unfortunately.

Summing up, Violet Evergarden is the brilliant anime which deserves renewal. The series possesses all the elements of success. But the show's destiny depends on the original conception of Kyoto Animation. If the first season covers all the source materials, we won't see the second installment of Violet Evergarden on the small screens in the future.

What Is Violet Evergarden About?

If you have not yet watched this touching anime series, here is a brief overview below.

A long time ago, a scientist named Dr. Orland, who was an influential figure in printing industry invented a new kind of the typewriter to help his wife. After she became blind, she wasn't able to write novels. Dr. Orland's invention was in the form of a charming doll. The scientist called his creation an Auto Memory Doll. Eventually, these mechanical dolls have become widespread, assisting many people in their needs. Presently, this term is applied to women whose profession is to generate voices into text in the industry of ghostwriters. Aside from their initial function, Auto Memory Dolls are also used for the military purposes.

The story focuses on Violet Evergarden, a young girl previously known as "the weapon." During the unsuccessful mission, Violet has lost her both arms, which were replaced with the prosthesis. After the war is over, she needs a job. Violet thereby starts to work in the CH Postal Service. There, she witnesses the Auto Memoir Dolls. Violet joins the ghostwriting department despite the fact that she is not an Auto Memory Doll.

Regarding The Likely Release Date For Season 2

As mentioned above, there are two possible scenarios as relate to the renewal of the anime. In case if the first season of Violet Evergarden is covered just one volume of the light novel series, we have a chance for Season 2. Otherwise, the show will conclude in spring. Thus, if the following events will develop according to the positive scenario, we expect Violet Evergarden Season 2 next winter (January of 2019). In any case, we are waiting for the conclusion of the first season to confirm or refute our forecast. And, of course, we are waiting for the official announcement from Kyoto Animation and Netflix on the subject. We will update this article, as soon as getting the additional official information. Stay tuned for updates. We will keep you informed.

Next Show: My Little Pony: Friendship is Magic