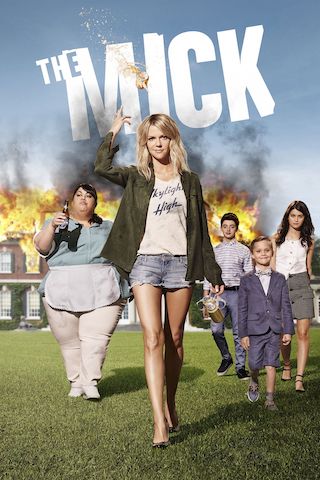 FOX's freshman The Mick managed to survive the last television season thanks to the excellent ratings. However, it's worth noting that the viewing audience dropped dramatically by the end of the season. The viewership has decreased more than 4.5 times. FOX, nonetheless, opted to pick up The Mick for another round. The more remarkable news is that the broadcaster ordered seven additional episodes for Season 2, extending it thereby up to twenty episodes. Without a doubt, this decision by FOX pointed out the likely renewal of The Mick for a next season. Unfortunately, FOX opted not to move forward with The Mick. As a result, the sitcom is being canceled. We were wring in our forecast.

The ratings of The Mick were truly impressive during its premiere. The Pilot has garnered 8.58 million viewers with a 2.8/9 rating/share (P18-49). But a finale was disastrous, as the viewing audience decreased up to 1.89 million viewers. The second season's premiere has drawn 2.666 million viewers with a 0.89 key demo. Though this figure is 3.2 times inferior to the show's premiere, it, nevertheless, 1.4 times more than the viewership of the Season 1 finale. We assume that the figure (2.66) was a crucial point in the decision by FOX to expand the 2nd season. But what about Season 3? In fact, the ratings of the current season were steady, without any serious volatility. This factor, of course, plays in favor of renewal.

Another significant point is the response from the target audience. We regard this factor pretty impressive. According to Rotten Tomatoes, the second season of The Mick has a score of 4.5/5 and a 92% approval rating among the viewers. On Metacritic, the figure is a bit lower but still favorable, 6.8/10. An overall score of The Mick on IMDb looks good, 7.8/10 ~ 8,500 votes. As we may see, the viewers were satisfied enough by watching the 2nd installment of The Mick on FOX.

Summing up, The Mick has a good chance for a subsequent installment on FOX. All indicators look well enough. The ratings were steady; reception by the target audience seems excellent; FOX has ordered more episodes for the current season. As a result, we conclude that the network is apparently about to renew The Mick for Season 3.

What Is The Mick About?

If you have not yet watched this new sitcom on FOX, please read a brief overview of The Mick below.

The story focuses on Mickey Molng, a witty but irresponsible young woman who doesn't care about her future, spending her another day by seeking a handout. Finally, Mickey decides to pay a visit to her estranged sister and billionaire brother-in-law, as her last hope. By good fortune, they were forced to escape the country in an attempt to avoid the federal prosecution, leaving her with everything she needs. The only trouble of such legacy is the guardianship of her sister's three boorish children. Mickey had never planned to become a mother. But she can't lose such a brilliant chance to change her life. However, responsibility is not on the list of Mickey's features.