The Flash Season 7: Whether There Will Be One More Season? 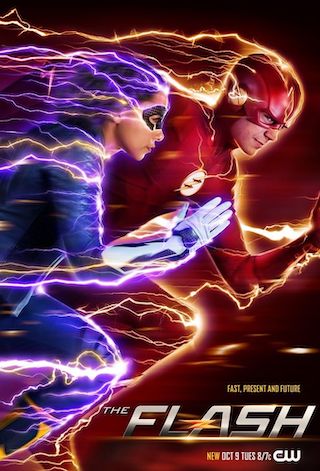 It's worth mentioning that critics have met the current round of The Flash with acclaim. And most of you no doubt are wondering whether there will be a Season 7 of the superhero series on The CW? In spite of this, we want to emphasize that the sixth round of the show has lost about 22% of the target audience, which doesn't look promising. Nonetheless, even despite that we have every reason to believe that The Flash Season 7 is due to happen, and below we are going to explain such an affirmation.

Each of us knows that every show on TV eventually comes to an end. But can we apply this to The Flash in its sixth installment? Of course, no! It's clear that The CW isn't going to cancel one of the network's favorite headliner. Even despite such a significant drop in the viewership, the viewing figures of the sixth round of The Flash remain steady. The Flash Season 6 premiere has garnered 1.622 million viewers with a 0.60/3 key demo/share (-22.08% versus Season 5). In our opinion, there is no reason for panic until the viewing audience of The Flash drops below the mark of one million viewers per episode.

Besides, if we take a look at the reception of the current season of The Flash, we see that it has received the universal acclaim. Both critics and viewers have left rapturous reviews on Rotten Tomatoes, while discussing The Flash Season 6 premiere. According to their metrics, the current installment of the superhero series holds a score of 8.15/10 and a 99% approval rating (the best figure, compared to all the previous seasons) from critics, while viewers have rated the 6th round at 4.3/5 and have given a 85% rating. Meanwhile, an overall score of the superhero show remains steady, given the data provided by IMDb, 7.8/10 based on over 283,000 votes.

Summing up, we don't see any reason to worry about the future of The Flash. The CW has yet to announce whether the cable network is going to renew or cancel the action drama series. However, all indications are that The Flash Season 7 is just a matter of time. So guys, we are looking forward to any official news on the subject of The Flash Season 7. Once The CW announces their decision, we will update this page.

As mentioned above, we don't rule out that The Flash might return for a Season 7. But since The CW has yet to announce their decision, the only thing we can do so far is to foresee when The Flash might return for another television round. To be honest, you don't need to be a seer to figure out when the next premiere might happen. If we take a look at the current schedule of the superhero series, it becomes clear that The Flash Season 7 premiere might be scheduled in the next fall and should thereby take place in October 2020.

But still, guys, please bear in mind that all the data above is only our forecast. Our edition has an opinion, and we are glad to share it with you. Even despite it's clear to us that The Flash must return for Season 7, we are waiting for the official confirmation from The CW. As soon as the network reveals a specific release date for another season of The Flash, we will update this section. So guys, we will keep you informed.

The story focuses on Barry Allen, a costumed superhero known as "The Flash" able to move at superhuman speed. Barry's father was unfairly accused in his mother's death. As a result, Barry devoted his entire life to the investigation of this case. The clues brought him to the S.T.A.R. Labs. Due to an explosion of a particle accelerator, Barry was struck by lightning.

As a result, he spent nine months in a coma. While awakening, Barry discovers an ability to move at incredible speed, which is impossible to any human. This ability allows him to turn into a superhero and come closer to the mystery of his mother's death. The Flash premiered on October 7, 2014 on The CW. The superhero series is co-produced by DC Entertainment and Warner Bros. Television.

Next Show: Jane the Virgin