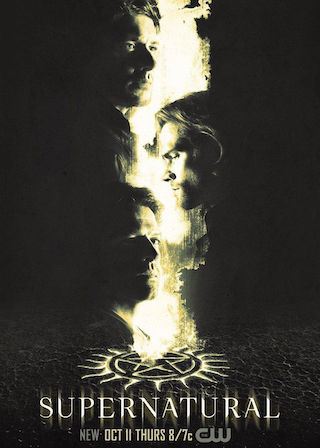 Supernatural is returning for a 20-episode Season 15, which is set to premiere on Thursday, October 10, 2019, at 8:00-9:00pm, on The CW. Yet you should know that the upcoming season would be the series' last. The decision on renewal has been announced by The CW back in January. However, every good show eventually comes to an end. Fortunately, this fall, you will see more new exciting superhero series on The CW.

In its fourteenth season, Supernatural showcased a huge drop in the viewership drawing just about one and half a million viewers during its premiere (1.492 million with a 0.47 key demo among adults 18-49), losing 28.95% of its viewing audience compared to the previous season. However, such a significant decrease wasn't a reason for The CW to cancel the show.

As for the reception, it was excellent as usual. The current season holds a high score of 7.86/10 and a 89% approval rating among critics, according to the statistics by Rotten Tomatoes, while the viewers have evaluated the fourteenth instalment of Supernatural at 4.5/5 with a 92% approval rating.

Summing up, the universal acclaim of the current season forced The CW's leadership to make the right decision. Eventually, The CW has renewed Supernatural for Season 15. The exact release date has yet to be announced. But looks like it is slated for this fall similar to all the previous seasons debuted the same period. We'll update this page as soon as The CW sets the exact release date for the next instalment of Supernatural. Stay tuned for updates. We will keep you informed.

The story centers on the misadventures of two brothers who travel across the country, seeking for supernatural beings to destroy them, following their father's footsteps. Many years ago, the guys lost their mother to a weird and devilish supernatural force. As a result, their father raised them to be demon hunters. Since their adulthood, their mission is to destroy all the evil spirits along the way. The show thereby follows the Winchester brothers as they travel the back roads America in search of monsters, demons, supernatural creatures, etc.