Station 19 Is Coming Back For Season 3 on ABC 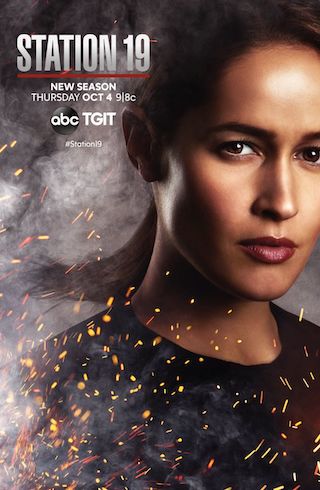 On May 10, 2019, ABC officially confirmed the renewal of Station 19 for Season 3. The decision has been announced on the official Twitter page of the network. No specific release date has been revealed so far. As you may have noted, the current, 2nd installment of the action-drama series consisted of seventeen episodes versus ten episodes in Season 1. Also worth noting that Station 19 has lost less than five percent (-4.70%) of the target audience during the season debut.

We’re fired up! 🔥🔥🔥 #Station19 is coming back for Season 3! pic.twitter.com/ZjRSApRqkp

The viewership of the series, thereby looks incredibly steady. The season premiere has garnered 5.171 million viewers with a 1.08 key demographic rating among adults (P18-49). As a result, nothing is surprising in that ABC opted to pick up the show for one more round.

A curious fact, but Station 19 Season 2 has received mixed reviews from the viewers. The fans have noted that the plot is better than last season, while the overall quality of the show is not so impressive. In our opinion, such a consensus should serve a hint for the show's creators to think about it and thereby make some changes in the upcoming Season 3.

On Rotten Tomatoes, Station 19 Season 2 holds a score of 3/5 and a 54% approval rating. At the same time, on Metacritic, the 2nd round has a rating of 4 out of 10 among the viewers. We hope that those who stand behind Station 19 will take into account the wishes of the target audience and make Season 3 much better.

As mentioned above, Station 19 Season 3 release date is yet to be announced by ABC. And yet, if we take a look at the current schedule of the series, it becomes clear that there are two possible periods for the upcoming premiere, this October, or next March. To be honest, we have every reason to believe that Station 19 Season 3 is set to premiere this fall, in October 2019.

Yet this is nothing but our forecast. As a result, we are tracking down all the official news from ABC, and we are looking forward to any additional data about a specific release date for Station 19 Season 3. As soon as the network reveals any additional information on the subject, we will update this page. So guys, stay tuned for updates. We will keep you informed.

The story focuses on Andy Herrera, a devoted and fearless firefighter, who is working at Seattle's Station 19. She is a daughter of the station's head, Pruitt Herrera, besides. Captain Pruitt has been serving as a mentor for his daughter and lieutenant Jack Gibson for years.

Jack is brave and handsome. That's why an affair has suddenly flared up between them. The action-drama series thereby follows a group of heroic firefighters at Seattle's Station 19, and describes their personal and professional lives, from the captain to the newest recruits.

Next Show: Into the Badlands