Seven Seconds Looks Promising. Is There Going To Be A Season 2? 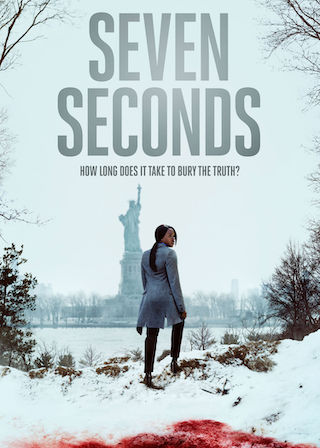 As we know, Netflix is used to surprise their viewers by producing more and more original content. To find new ideas, the global broadcaster, as a rule, borrows or adapts international television series. But on a rare occasion, it relates to Russian shows or movies. Nonetheless, Netflix's freshman titled "Seven Seconds" which premieres February 23, 2018, is inspired by a Russian film, titled "The Major."

Many critics have already had a chance to express their attitude to this new masterpiece by Netflix. Perhaps it's too early to make a forecast. However, given the fact that Netflix usually releases all episodes at once, many viewers will soon wonder whether or not there will be a second season of Seven Seconds on Netflix. Though we have little data on the subject as of yet, let's, nonetheless, attempt to foresee the future of the web series.

As mentioned above, critics met Seven Seconds most positively and even rapturously. On Rotten Tomatoes, Seven Seconds has a score of 6.5/10 and a 74% approval rating. In the meantime, on Metacritic, the crime drama has a score of 70/100. On IMDb, however, the web series has a score of 6.4/10. We, nevertheless, regard these statistics very favorable and suitable for the upcoming decision on renewal. So, for instance, Robert Lloyd from LA Times suggests viewers watch this show. His verdict was "Seven Seconds does keep you in suspense with the expectation that bad things will happen, and they do."

Rob Lowman from Los Angeles Daily News has evaluated Seven Seconds at 80/100. He concluded that this web series "can be a bit obvious at times--a shot of blood in the snow with the Statue of Liberty seen off in the distance." Meanwhile, David Wiegand (San Francisco Chronicle) has evaluated Seven Seconds at 50/100; his verdict was "Seven Seconds is often redeemed by superb performances from actors who are constantly called on to make the best of overwritten and not always credible dialogue."

Our opinion on the subject is that although Seven Seconds seems gloomy a bit, this web series touches the vital questions that may relate to everyone. This show involves various essential aspects of our life, such as racial tensions, corruption in police, pressure on witnesses, etc. Summing up, we tend to believe that Netflix is about to renew Seven Seconds for Season 2. Without a doubt, the global broadcaster would take a reception by the target audience into account before their decision regarding the future of the web series.

What Is The Show Seven Seconds About?

If you have not yet watched this crime drama web series on Netflix, please read a brief overview of Seven Seconds below.

Life will never be the same for Brenton Butler and his family. When Brenton, a black boy, was crossing the road, a white cop has accidentally hit and critically injured him. This seemingly regular accident causes a wave of protests since the cop is forced to lie and go along with those who desire to cover up the truth. The subsequent racial tensions have blown up into revolt and the unexpected aftermath in Jersey City.

The storyline focuses on K J Harper, an assistant prosecutor, assigned to investigate this complicated case. Dealing with her own issues, Harper feels the responsibility for this case before the black community. In the meantime, Brenton's parents are full of intention to unravel the details of their son's sudden death.

As For The Likely Release Date For Season 2

Our small study gives us a reason to assume that the returning of Seven Seconds for a sophomore season is very possible. Numerous critics were mostly impressed while watching this web series. As a result, we tend to think that Netflix is about to pick up Seven Seconds for Season 2. However, Netflix has yet to announce their decision. Nonetheless, in the case of renewal, we assume that Seven Seconds might return for a next installment this fall or next February, given the current schedule of the series. In any case, we are looking forward to the official announcement by Netflix. Stay tuned for updates. We'll keep you informed on the subject.

Next Show: Darling in the FranXX