Russian Doll Is Coming Back For a Season 2 at Netflix 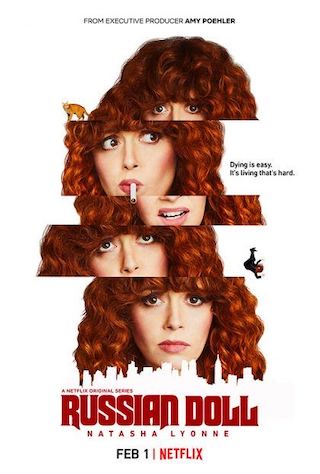 Just a few hours ago, Netflix dropped a tweet, according to which Russian Doll is returning for a Season 2. This comedy-drama, mystery web series debuted in February 2019 and has received critical acclaim. However, until now, it hasn't been clear whether the show will completed with just one season or not. Fortunately, the global broadcaster opted to give us one more chance to enjoy another season of this Groundhog Day style metaphysical comedy.

Did you get the news? 'Cause you're about to die. Season 2 of #RussianDoll is coming soon! pic.twitter.com/keE0gN35I8

Most likely, Russian Doll was conceived as an eight-episode limited series, yet given such a brilliant reception from critics and viewers, Netflix was forced to expand the web series with more episodes. Indeed, if we take a look at the reception which Russian Doll Season 1 has received from critics and viewers, we should admit that almost everyone was impressed while watching this comedy-drama series.

Netflix has yet to announce any specific synopsis for Russian Doll Season 2, yet the upcoming round of the web series promises to be exciting. As you remember, in S1E8, Nadia and Alan found themselves trapped in two separate timelines, where they run into alternate versions of each other. So, next season should be even more fun, as well as mysterious.

Netflix has yet to announce a specific release date for Russian Doll Season 2. Since the decision on renewal has been announced only in June, we tend to believe that at least half a year is required to produce another season of the web series. Therefore, in the best case scenario, we should expect Russian Doll Season 2 premiere not earlier than in February 2020, given the current schedule of the series. In the worst, it could take about a year to film another installment of Russian Doll. In such a case, Russian Doll Season 2 might premiere in June 2020.

Nonetheless, in any case, we would have to wait for the official announcement from Netflix. As soon as the global streamer sets a particular release date for a sophomore season of the comedy-drama web series, we will update this page. So guys, stay tuned for updates. We will keep you informed.

The story picks up when a 36-year-old woman named Nadia stands in front of the bathroom mirror. Soon, she comes out to the guests who arrived to Nadia's friend party, talks to the friends, and dies because of the car accident, to appear right in front of the same mirror in the same bathroom. The situation is continuing time after time. Every time, Nadia dies and finds herself in the same place. Since then, Nadia's primary goal is to figure out how she gets into the same time loop again and again.