ABC Opted To Cancel Quantico Without A Chance For Season 4 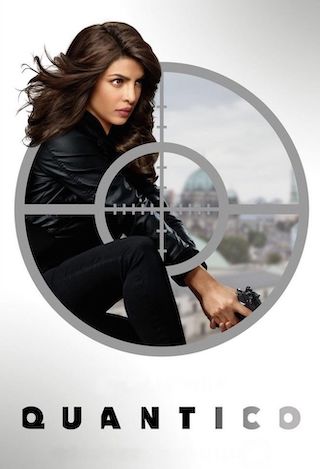 Generally speaking, we doubted that Quantico has a chance for Season 4. Unfortunately, we were right in our forecast.

Indeed, Quantico has lost half of its viewing audience during the debut of its sophomore season. The season premiere has garnered 3.64 million viewers with a 0.96 key demo (P18-49). This figure is 49.46% lower compared with the show's premiere. The viewership gradually decreased during the second season of Quantico. As a result, the season finale has drawn just 2.72 million viewers. However, it seems that ABC is still satisfied with such results of the show. In fact, if the show's audience won't decrease less than 2.5 million viewers per episode, we believe that ABC would pick up Quantico for another round.

But the issue which is disturbing us more is the reception by the target audience. According to Rotten Tomatoes, the second season of Quantico has a score of 2.8/5 with a 40% approval rating. On Metacritic, the recent season of Quantico has a rating of 5.0/10. However, it's worth noting that an average score of the series remains strong, 7.1/10 ( ~ 43,600 votes), according to IMDb. If you remember, the first season of Quantico has been praised by both critics and viewers. On Rotten Tomatoes, the show had a score of 6.9/10/82% among critics and 3.5/5/66% among the viewers, respectively. On Metacritic, the figures were 70/100, 6.0/10 (critics/viewers, respectively).

Another unfavorable signal is that the next season will consist of only thirteen episodes. As you may have noted, both previous seasons contained twenty-two episodes each. Thus, we don't rule out that ABC is about to wrap up Quantico after its third season. Summing up, there is a series of factors that allows us to think that Quantico Season 4 might not happen, unfortunately. The show's audience is decreasing; a response from critics and viewers looks mixed; ABC reduced the number of episodes almost two times. So, we conclude that Quantico has a weak chance to return for Season 4 on ABC.

What Is Quantico About?

If you had no chance to watch the show, here is a brief overview below.

The story focuses on Alex Parrish, a former FBA recruit, who is presumed to be guilty in a terrorist attack in New York and is under arrest as a result. She is accused of treason. In flashbacks, Alex and other recruits are passing through the process of training at the FBI Academy. The first season of Quantico revolves around Alex's relationship with her fellows and friends, while she is on the run, attempting to clear her name. In Season 2, Alex no more works in the FBI, as it appears. But in her flashbacks, Alex cooperates with the FBI as a CIA undercover recruit, on a mission to reveal the AIC, a group of dirty agents. The current timeline centers on G-20 summit, where a group of terrorists takes hostage all the people in the building. Â