Mrs Wilson: Is There Going To Be A Season 2? 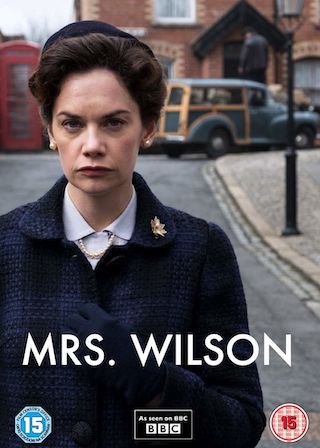 Mrs Wilson is all about the secrets and lies. The mystery drama premiered this fall on BBC One and PBS, and has shortly become a hit. No doubt, you are going to figure out whether there will be a Season 2 of the series. A sad news is that there is no official confirmation of renewal, yet we still have a chance to see another season of Mrs Wilson.

Most likely, you know that the television series is based on the true story, where, by the way, Ruth Wilson plays her real-life grandmother. Also worth noting that even despite the fact that too many years have passed, neither Ruth nor her family knows the details of Alexander Wilson's true life, as well as his real intents and motives, to be a multiple bigamist.

As a result, the story can't be fully covered in just one season of three episodes, in our opinion. Therefore, most likely, both BBC One and PBS would gather the statistics to learn the real interest of the viewers to the show, and thereby make their final decision on the subject of renewal or cancellation of the drama series.

As for the statistics related to Mrs Wilson Season 1, it looks mainly favorable, and even impressive. The debut season premiere has garnered 9.41 million viewers, while the next episodes have drawn 8.91 and 8.75 million viewers, respectively (UK).

Whether There Will Be A Season 2?

"It's not the ending that people might expect, but it's what did happen...," said Ruth in an exclusive interview for Bustle. Despite Season 1 put an end to the story, it still doesn't look fully completed. A viewer is eager to look from Alec's point of view to everything what happened.

And since no one knows the truth, it may serve as a firm basis for a possible next season. As mentioned above, Mrs Wilson Season 2 is yet to be announced. However, all indications are that the next season is possible. The first season has drawn enough viewers; the response was impressive; the story deserves a sequel, prequel, or at least a spin-off.

We thereby tend to believe that BBC One is planning another television series. We are tracking down the official source since we want you to be the first who know any reliable news on the subject. As soon as BBC One or PBS announces the renewal, we will update this page. Stay tuned for updates.

Set in 1963, the story follows Alison Wilson, a housewife, whose life looks happy and carefree. Yet, one day becomes crucial for Alison since she learns that her husband, Alec, died. Alison's sorrow is overshadowed by the appearance of a mysterious woman on her doorstep, claiming that she is Alec's wife. Alec was a novelist, however, as it turned out also a MI6 agent.

Now Alison realizes that she is not the only Mrs Wilson, and there are at least three more wives, who also sorrow about their husband's sudden death. As a result, twenty-two years of happy marriage turned into a vast conspiracy, which Alison is about to unravel. But how many mysteries have been hidden behind the personality of Alexander Wilson?

Releted shows by network BBC One

Next Show: In the dark