Mr. Robot Returns For Season 4 With The Motto 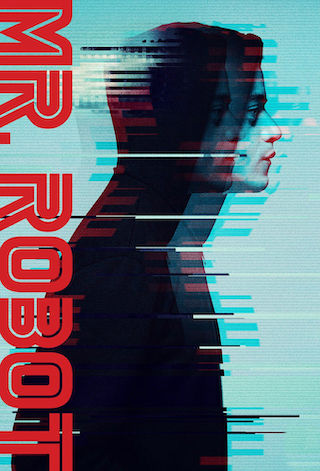 An exciting news followed on the eve of the ending of the third season of Mr. Robot. According to the official Twitter account of the series, USA Network had renewed Mr. Robot for Season 4. "We have plenty more battles to fight" that's how the official announcement sounds. Without a doubt, we are happy that USA Network proclaimed their decision so rapid.

Unfortunately, no exact release date has been revealed so far. Mr. Robot is an excellent example how a television network is tracking down a response by the target audience since this show can't boast with the impressive television ratings.

Indeed, the third season premiere has garnered only 0.681 million viewers with a 0.30 key demo (P18-49). This figure is even lower in comparison with a second season finale (0.85 million). However, in spite of this descending trend, USA Network pays attention to other indicators, such as a reception from the viewers, as we suppose. In fact, the reaction was brilliant, given the statistics by Rotten Tomatoes. According to their data, the third season of Mr. Robot has a score of 8.23/10/92% among critics, and 4.6/5/93% among the viewers. These figures look impressive. If we take a look at Metacritic, we also discover pretty favorable numbers, 82/100, 7.8/10, among critics/viewers, respectively.

So, we'd explain the decision on renewal relying on the reaction of critics and viewers. Another reason could be the storyline of Mr. Robot. It appears that there remained a lot of things to explore in this show. Summing up, we believe that Mr. Robot has unexhausted potential thanks to its brilliant conception, topicality, and a perfect script. Thus, USA Network likely regards this show as a long-term project.

Also worth noting that Mr. Robot touches the vital questions of the modern "digital society," such as peer-to-peer networks, torrenting, cyber attacks, BitCoin, etc. This show has an endless source, because of the rapidly developing technological progress. According to Deadline, the motto of Season 4 is "Integration."

What Is Mr. Robot About?

If you are not acquainted yet with this techno-thriller, here is a brief overview of the show below.

The story focuses on Elliot Alderson, a young security engineer, whose mission is to be a cyber-vigilante. His life is dark and purposeless in general. However, Elliot strives to be helpful to the society. As a result, he becomes a target of a sociopathic anarchist nicknamed Mr. Robot, who leads a group of hackers known as fsociety. Their primary mission is to eliminate all consumer debt. That's why they desire to destroy E Corp, the world's most powerful corporation. However, Elliot apparently has his vision of the fair society.

Regarding The Possible Release Date For Season 4

As mentioned above, there has been no official announcement of the exact release date for the fourth season. However, it's worth noting that the next season of Mr. Robot is already in the works, according to the show's creator Sam Esmail Instagram. As a rule, it takes about a year to produce another installment of a television series. Therefore, the most likely date for the fourth season premiere seems to be December of 2018. However, there is a chance that the show's creators would manage to cope with their task earlier. In that case, we could see the next installment next summer. Anyway, we'd prefer to wait for the official announcement. We will update this page as soon as obtaining some additional info on the subject. Stay tuned for updates. We will keep you informed.

Next Show: The Shannara Chronicles