Mr. Pickles: Should We Expect A Season 4? 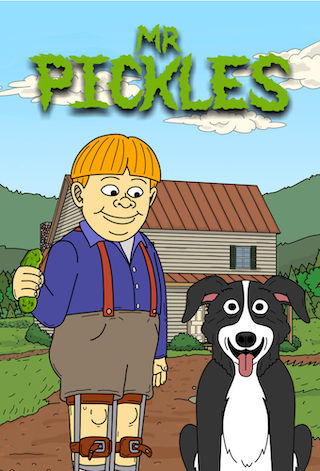 I bet you don't wanna wait for another two years for Mr. Pickles Season 4. Nonetheless, all the previous seasons were released in 2014, 2016, and 2018, respectively. So, we don't rule out that the waiting might be very long. On the other hand, this adult animated sitcom has a good chance for another round, given the positive statistics of the current season.

The season premiere has drawn 671K viewers with a 0.35 key demo among adults (18-49). The figure may look a bit low versus the last season premiere. However, the season finale has garnered 0.733 million viewers, and this value looks strong. In fact, Adult Swim has yet to confirm the show's renewal. But all the statistics point out the possible sequel.

What Is Mr. Pickles About?

If you have not watched this animated adult sitcom yet, here is a brief overview below.

The story unfolds in a small rural town where is nothing to do, generally speaking. The Goodman family resides here with their simple-minded six-year-old son Tommy. He adores dogs. Therefore, his family decided to have a border collie, which they call Mr. Pickles due to its addiction to pickles. During the daytime, Tommy has fun with Mr. Pickles, while both wandering across the town. However, at night, something sinister happens on the streets of Old Town.

It turns out that Mr. Pickles hides his true identity. At night time, the dog turns into an evil itself. Mr. Pickles used to torture people, kill them, and accomplish the satan rituals with their bodies. Besides, Mr. Pickles is a smart-ass dog, who knows how to wipe out the evidence. The dog also possesses experience in surgery, quite educated, as well as smart, which allows him always to remain unguilty. The only man who is aware of his sinister tricks is Tommy's grandpa. However, no one takes him seriously. As a result, Mr. Pickles always manages to remain unpunished.

As mentioned above, it could take about two years for Adult Swim to decide the further destiny of Mr. Pickles. But we think, this time it wouldn't last so long. As soon as Adult Swim announces their decision on renewal or cancellation of the show, we will update this page. Stay tuned for updates. We'll keep you informed.

Next Show: The OA