Made In Abyss Season 2, A Sequel Movie Release Date, And What We Know So Far 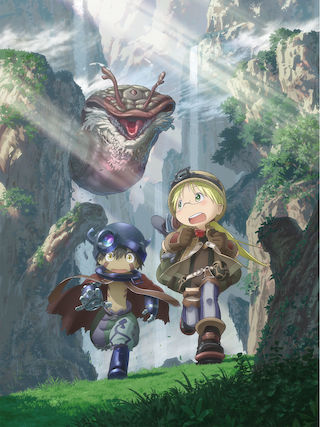 The official news about the sequel appeared back in November 2017 during the "Deep in Abyss Katari" event. Made in Abyss the Movie: Dawn of the Deep Soul will be the new anime film in the franchise, which premiere is slated for January 2020. By the way, on July 5, 2019, it was announced on the official Twitter page of the anime that a theatrical version of Made in Abyss Dawn of the Deep Soul will be released on January 17, 2020.

In addition, it's worth take a look at the BD/DVD sales of the Made in Abyss franchise. For instance, 4,911 items of Made in Abyss Blu-ray BOX 1 were sold between October 23 and 29, 2017. As a result, we conclude that the franchise is commercially successful. It's clear that the Kinema Citrus studio is going to keep the franchise ongoing. The only question remained is whether it will be another anime film or a full anime season.

Summing up, in general, the Made in Abyss franchise looks pretty successful. The third chapter of the series titled Made in Abyss the Movie: Dawn of the Deep Soul will premiere in January 2020. Yet this is no a second season.

Made in Abyss Season 2 Release Date

Given the data presented above, we don't rule out the decision of the Kinema Citrus studio to renew Made in Abyss for a next season. However, when will Made in Abyss Season 2 premiere in the case of renewal? In order to answer this question, we should take many things into account.

First, it's clear that Made in Abyss Season 2 release date can't be set earlier than in 2020 because of the upcoming movie. Secondly, it's not clear so far whether the studio started working on another anime adaptation. If so, we might expect the 2nd season premiere right after the movie release. In the worst case scenario, it would take at least one year to produce a 13-episode season. As a result, most likely, Made in Abyss Season 2 premiere is scheduled someday in 2021 or even 2022.

In any case, all the data presented above are nothing but our forecast. We are tracking down the official sources. Our primary goal is you to be the first who knows the exact date for the possible upcoming season. Therefore, we are looking forward to the official news from the Kinema Citrus studio. As soon as the studio reveals any confirmed data about Made in Abyss Season 2, we will update this page. Stay tuned for updates.

Made in Abyss Summary

People always strived to learn what is hidden behind the unknown, even if this might cause a danger. Centuries ago, the human discovered an island in the sea of Beoluska with a giant hole amidst it. Many people visited the island in an attempt to find the supposed treasures inside the hole. Endless hordes of treasure hunters gradually populated this piece of land as a result.

It turned out that the hole is indeed rich in treasures. However, those Cave Raiders, who descended deeper claimed that there are dangerous creatures inside the pit. Some of them supposed that the hole is fathomless in fact. Thus, people started to call this place the Abyss. Over time, the town of Oosu appeared around the Abyss, thanks to the efforts of the descendants of the first treasure hunters.

The storyline focuses on Riko, a 12-year-old girl, who is an orphan like many other children in the town since their parents disappeared in the Abyss. These children are forced to live in shelters, under the guild of researchers who study the hole. Keeping memories of her legendary mother, Riko is aspired to as fast as possible get a White Whistle, which will allow her to descend into the Abyss.

Yet for now, she is just a student, who is content with a Red Whistle. This status allows Riko to descend just for 100 feet below the surface. One day, Riko stumbles upon a cyborg named Reg, who rescues her from danger. Together, they embark on a journey deeper and deeper inside the Abyss.

The Rising of the Shield Hero

Show Name: Made in Abyss

Next Show: The Ancient Magus' Bride