Lucifer Is Coming Back For Season 5 (Final Season) on Netflix 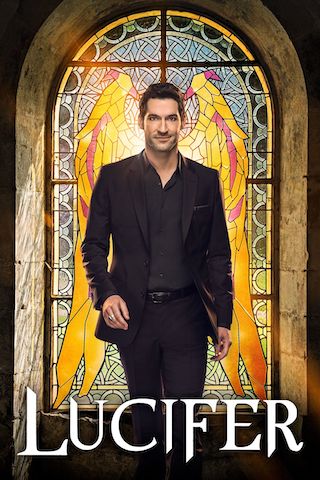 Just a few hours ago, Netflix dropped a tweet, according to which Lucifer is returning for a Season 5, which would be the show's last. No particular release date has been announced so far. However, it seems that the premiere is slated for next spring. Honestly, it was clear that Netflix was about to provide at least one more chance to the series, once the global broadcaster rescued the police procedural drama, after it has been canceled on FOX.

Lucifer owes such a positive decision to a reception, which the fourth season of the show has received from critics and viewers. Previously we wrote that the decision on renewal was just a matter of time, given the statistics of the current round of the police procedural series. On Rotten Tomatoes, Lucifer Season 4 holds a score of 8.62/10 and a 100% approval rating from critics, while viewers have rated the fourth installment of Lucifer at 4.7 out of 5 and have given a 95% rating. On Metacritic, the viewers' consensus was 8.8/10. On IMDb, Lucifer is still keeping very high score of 8.2/10 based on about 152,000 votes.

As mentioned above, Netflix has confirmed the renewal of Lucifer for Season 5. However, the global broadcaster has yet to announce a specific release date for the upcoming premiere. We tend to believe that Lucifer Season 5 is most likely set to premiere for next spring, in May 2020, according to the current schedule of the show on Netflix. Yet we don't rule out the possibility of the fall premiere, in September-October 2019, as well as the winter premiere, which might take place in January 2020, according to the previous schedule of the series. So guys, stay tuned for updates. We will keep you informed.

The story focuses on a seductive yet handsome protagonist, Lucifer Morningstar, the Lord of Hell, who opted to change his boring life of the underworld and moved thereby to Los Angeles. Here, in LA, he is managing a nightclub "Lux." People don't take him seriously when Lucifer tells them that he is an immortal falling angel. Upon arrival in the City of Angels, Lucifer had his wings severed. As a result, he looks more like a sexy playboy than the Devil.

One day, witnessing the murder of a pop star at the doorstep of his nightclub, Lucifer decides to assist the LAPD with this case. Thus, he gets acquainted with Detective Chloe Decker. Lucifer surprisingly discovers that his charm doesn't work with Chloe and his magical power doesn't affect her. Being intrigued by such circumstances, Lucifer becomes Chloe's partner, working as a crime counselor. His supernatural abilities help Lucifer in the process of inquiry. But the situation is complicated by the fact that he must deal with his family, which wants him to come back to hell.