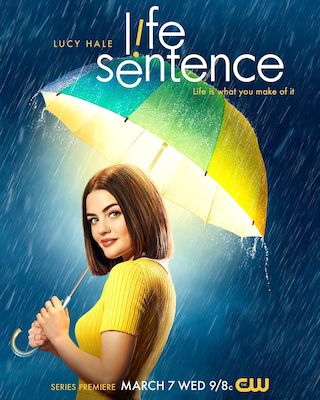 What if you had to die because of cancer but were managed to survive instead? Life Sentence is The CW freshman dramedy series intended to illustrate how to deal with the aftermath of such a case.

Generally speaking, we doubted in renewal. Unfortunately, we were right in our forecast on the subject. The CW opted to cancel Life Sentence after just one season.

Honestly, critics have not appreciated the original concept of the comedy-drama. Their response was mainly ambivalent. As for the viewers, they were satisfied with the show in general, but have also expressed mixed feelings in their reviews in particular.

Nonetheless, those viewers who found this new series touching are likely wondering whether there will be a second season of Life Sentence on The CW? Unfortunately, the cable network has yet to decide the future of the show. But we might analyze some significant indicators that could allow us to predict the possible scenario of The CW's bosses behavior relating to the renewal or cancellation of the series.

In fact, Life Sentence doesn't fit The CW show's format. This network is more DC's and teen drama oriented. As a result, we weren't able to see the impressive ratings looking at the statistics of Life Sentence. Nonetheless, this comedy-drama series managed to gain enough viewing audience to force The CW's bosses to think about the renewal. The season premiere has garnered 0.671 million viewers with a 0.22 key demo (P18-49). This figure is almost equal to the viewership of the fourth season premiere of Jane the Virgin. As a result, Life Sentence seems to be the lowest rated show on The CW. Even Crazy Ex-Girlfriend was more successful during its premiere. Nonetheless, we don't regard low ratings as the main reason to cancel Life Sentence.

Let's now pay our attention to the response from critics and viewers. This indicator was also average as we have noted above. On Rotten Tomatoes, the first season of Life Sentence holds a score of 4.47/10 and a 37% approval rating among critics, while the viewers have evaluated the dramedy at 4.2/5/83%. At the same time, on Metacritic, a reception was controversial, 49/100 and 4.5/10, among critics/viewers, respectively. As you may see, the reaction from the target audience doesn't seem to be impressive.

Summing up, the future of Life Sentence looks doubtful. The show hasn't drawn enough viewers during its premiere, while the reception was mixed. Therefore, we conclude that Life Sentence has low chance to return for Season 2 on The CW.

If you have not yet watched this dramedy series on The CW, we suggest you read a brief overview of Life Sentence below.

The story focuses on Stella Abbott, a young woman diagnosed with terminal cancer. Having so terrifying verdict, Stella decides to live bright life without limits with no care about the aftermath. She is living, thereby bearing in mind that tomorrow never comes. But one day Stella learns that her disease has miraculously been cured. Now Stella is forced to restart her entire life and relationship with the beloved ones. However, it turns out that it's not too easy to deal with the aftermath when previously you thought you were dying.

Previous Show: For The People

Next Show: When Calls the Heart