Kekkai Sensen: Is There Going To Be A Season 3? 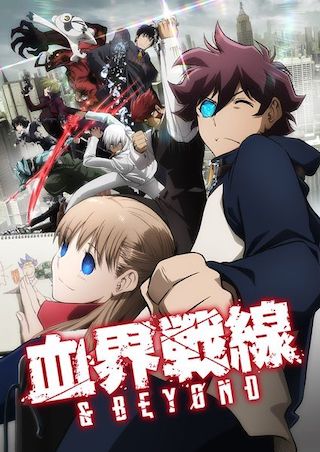 It appears that the second season of your favorite supernatural anime Blood Blockade Battlefront started off quite impressive. We have been waiting two years for the debut of the sequel. Finally, Bones Inc. heard our prayers. As a result, the second installment is currently airing on the small screens. Since the premiere was a success, many of you likely wonder about the next season of the series. There have been no words from Bones on the subject till now. However, we might look at various indirect indicators in an attempt to predict the following possible movements of the studio.

Of course, we know that the second season has just started. But, given the fact that it contains only twelve episodes, it won't be airing more than three months. Most likely, this season will conclude on December 23, 2017, or closer to this date. So, now we have some time to speculate on the subject of the possible upcoming season.

Well, let's first take a look at the original manga series. It contains ten volumes consisting of twenty-five chapters. However, looks like it concluded yet in 2015. On the other hand, Kekkai Sensen Back 2 Back is currently ongoing. But it has just two volumes. This amount of source material is not enough for a full season, even if it will consist of only twelve episodes. This is a bad sign, unfortunately, because it seems that the second season will cover the full story (Season 1 has covered six volumes).

Now, let's gaze at a reception. This indicator looks pretty good since the rating of the second season is higher compared to its predecessor. Kekkai Sensen Season 1 has a score of 7.71/10 >132,000 votes, while a sophomore installment has a rating of 8.23/10 > 6,300 votes, according to the data by MAL. The US showrunners usually use this indicator in their decision on renewal or cancellation of any TV series. Unfortunately, for the Japanese developers, this figure may mean nothing.

Unfortunately, we have no data regarding the box office of the franchise. However, it's worth noting that this figure is undoubtedly the most valuable in the decision on renewal. Nonetheless, taking into account all the rest factors, we doubt that Blood Blockade Battlefront Season 3 could happen, at least in the foreseeable future. But we do not rule out the possibility that there could be an OVA, an anime film, or a live-action movie, which might finalize the franchise.

Kekkai Sensen premiered in April 2015 on MBS. Tokyo MX and BS11 also aired the anime in Japan. Bones Inc. served as a developer of the television adaptation. FUNimation has acquired rights for the series in North America. The second season titled Blood Blockade Battlefront & Beyond debuted on October 7, 2017. Both seasons consist of twelve episodes. There has been no official news on the subject of Season 3. To be sure of this, we suggest you visit the official website of the franchise.

What Is Kekkai Sensen About?

After a portal into another dimension opened, New York City turned into a refuge for various supernatural beings from the Beyond. Now, the city bears name Hellsalem's Lot, while all the citizens must coexist with these magical creatures under one roof. To keep order in such chaos, a secret organization known as Libra has been created. In its rows, there are eccentrics and superhumans, who desire to avoid the spreading of this supernatural fever across the globe.

The story focuses on Leonardo Watch, who lived seemingly ordinary life with his family. But one day, he received a superpower called the "All-seeing Eyes of the Gods." Therefore, he went to Hellsalem's Lot striving to figure out how to control his newly obtained superhuman abilities. Here, he enlists into Libra. But he acquires here much more than he ever wanted. The storyline thereby follows Leonardo's adventure in the weirdest place on Earth.

On The Subject Of The Possible Release Date For Season 3

As mentioned above, the story apparently ends with the second season due to a lack of source material. Both seasons will cover the entire manga. However, perhaps, it won't be the end of the franchise. We assume that the show's creators might film an OVA, or maybe a live-action film. Though we doubt in Season 3 of Kekkai Sensen, it still could happen, because of the impressive response from the target audience. However, in that case, the release date will follow at least at the beginning of 2019, since they will have to issue the additional volumes of manga prior. In any case, we are waiting for the official announcement. Stay tuned for updates. We'll keep you informed on the subject.