Hit the Floor Won't Return For Season 5 on BET 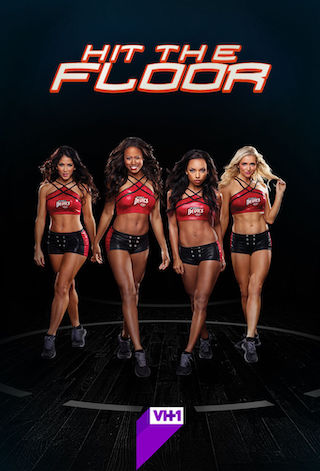 Hit the Floor is a sports drama, which has been a VH1 hit during three successful seasons. However, in April 2017, we've learned that the series moved on BET for its fourth installment, which premiered on July 10, 2018. If you are looking forward to Season 5 of the show, there is no good news for you since BET opted not to pick up Hit the Floor for another round. The series is being canceled.

The third season performed satisfactory figures, given the fact that its premiere has garnered more viewers compared to the show's debut. The third season kicked off with the impressive 1.7 million viewers and a 1.1 rating in the 18-49 demographic. Meanwhile, the final episode titled "Possession" that aired on March 28, 2016, has drawn 1.21 million viewers with a 0.64 key demo. However, it's worth noting that these numbers were much lower in comparison with those of Season 2. The fourth installment has drawn very weak figures on BET. The season premiere has garnered only 0.483 million viewers with a 0.20 demographic indicator (P18-49).

In the meantime, an overall score of the series on IMDb remained quite high, 7.2/10 ~ 2,200 votes. However, on Rotten Tomatoes, this indicator was lower, 4.3/5|66%. Nonetheless, these figures were enough for BET in their decision to pick up Hit the Floor for its fourth round. However, in our opinion, this move of the network was quite doubtful since BET is an inferior network compared to VH1. On the other hand, also worth noting that BET is more specialized in rap, hip-hop and R&B pop culture that could allow attracting more target audience for Hit the Floor.

We expected that Hit the Floor might lose some percentage of its viewing audience because of its moving on BET. And we would like to be wrong on the subject. Unfortunately, the inevitable has finally happened to the show, and Hit The Floor was canceled in the consequence of low ratings.

What Is Hit the Floor About?

The story focuses on Ahsha Hayes, a talented cheerleader who joins the LA Devil Girls despite her mother's warnings. She shortly realizes, however, that her mother is an ex-dancer herself who lied to Ahsha thereby. Now she is forced to pave her way to glory passing through numerous temptations and challenges. But it turns out that the world of pro basketball is violent and competitive. However, Ahsha soon grasps how making this world work for her and force it to revolve around her.