God Eater Season 2: Should We Expect It? 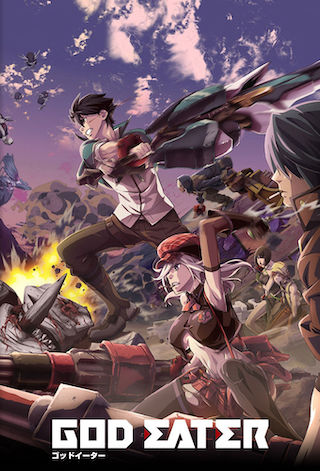 While discussing God Eater Season 2, the first thing one must bear in mind is that this anime series is based on the eponymous video game series and thereby has no source as we used to regard it.

As a rule, a manga or light novel serves as a source for another anime adaptation. As a result, God Eater Season 2 is a subject of disputes. On the other hand, in order to figure out whether there will be a 2nd installment of the anime series, we should evaluate the pros and cons based on the facts not rumors.

In fact, God Eater is a 2010 RPG franchise made for PS4. Back in 2009, the so-called "zero" episode of the God Eater anime has been released, in order to promote the game. The debut of the anime took place on July 12, 2015. Later, nine episodes have aired.

After, the viewers have been witnessing a gap between the 9th and 10th episodes. Finally, the last, 13th episode was broadcast on March 26, 2016. As you have seen, the broadcast was split into three periods. In other words, the anime only randomly pulled the story arcs from the original game.

At the same time, also worth noting that God Eater Season 1 has been well met by the viewers. On MyAnimeList, the anime holds a score of 7.46/10, according to ~ 137,000 votes. Moreover, most of the fans don't know that the anime is based on the video game of the same name. On the contrary, they believe that the anime served a source for the game.

Despite the widespread opinion (based on numerous rumors), there is no official confirmation of God Eater Season 2. All the speculations are relying on the personal opinions of their respective authors.

Meanwhile, in fact, most likely, God Eater won't be returning for Season 2. The reason is that there is nothing to adapt into anime. The latest video game release titled "God Eater Resurrection" held on October 29, 2015, in Japan.

The God Eater anime thereby is the separate product, which has no correlations with the original game series unless only the name and the basis for the storyline.

As a result, we doubt that God Eater might ever return for a next season, unless Netflix is about to pick up the anime for another installment. On the other hand, we don't rule out the renewal completely. After all, A-1, Bones, or any other studio might renew God Eater for Season 2.

Unfortunately, such a positive case scenario is quite unlikely. Thus, it's better for us to come to terms with that we won't see God Eater in the foreseeable future.

In spite all of this, we still keep hoping that Ufotable or any other anime studio decides to produce another round of God Eater. In the case of renewal, we will update this page with reliable data. Stay tuned for updates. We'll keep you informed on the subject.

The story unfolds in 2071, and is set in a post-apocalyptic world, which has been almost completely destroyed by mysterious monsters known as Aragami. The only human force capable of repel numerous attacks of the monsters is the organization, known as Fenrir.

The warriors who are the members of Fenrir use the divine weapons known as "God Arcs." This weapon is made of biological material called "Oracle Cells". As a result, the warriors who are capable of using this weaponry are called "God Eaters". The storyline revolves around such a warrior named Lenka Utsugi.

Previous Show: Is It Wrong to Try to Pick Up Girls in a Dungeon?

Next Show: Nanbaka The Numbers