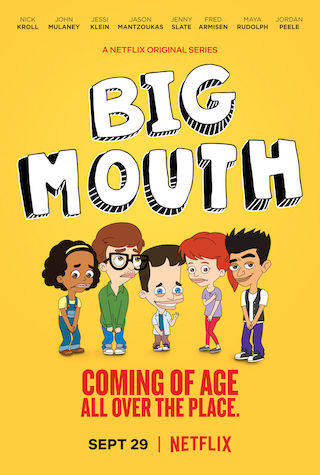 The decision of renewal is due to a multi-year deal, which Netflix has inked with Brutus Pink, the production company, which stands behind Big Mouth. To be honest, nothing is surprising in such a decision, given the reception which the animated series has received from critics and viewers.

Also worth noting that the four creators of Big Mouth are set to receive an award for comedy writers of the year at Just For Laughs this coming weekend. By the way, the event is set to take place in Montreal and is treated as the largest international comedy festival in the world.

Since the data above is only our forecast, we are tracking down all the official reports which arrive from Netflix. As soon as the global broadcaster reveals more data about a particular release date for Big Mouth Season 3 or publishes any news on the subject of the other upcoming season, we will update this page. So guys, stay tuned for updates. We will keep you informed.