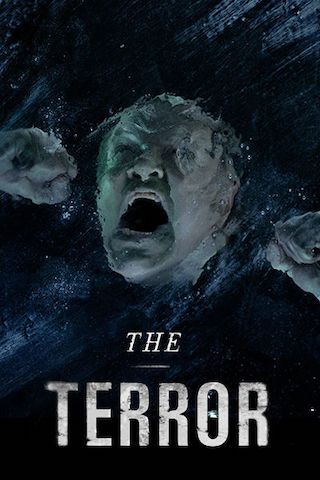 Just a few hours ago, AMC officially announced that The Terror is coming back for Season 2 (subtitled "Infamy") on Monday, August 12, 2019 at 9:00 p.m. ET/8:00 p.m. CT. The decision on renewal has been announced back in June 2018. No doubt, The Terror Season 2 has become reality thanks to the impressive television ratings as well as the universal acclaim, which the series received, though initially, the show was conceived as an anthology.

Set during World War II, Season 2 of The Terror: Infamy centers around bizarre deaths that haunt a Japanese-American community. The anthology series returns to @AMC_TV on August 12th. pic.twitter.com/gkHQbFfacQ

The storyline of the upcoming season is promising to be even more suspenseful since the events are taking place during World War II, according to the official synopsis. The 2nd installment focuses on a series of unusual deaths in a Japanese-American community, and discloses the story of a young man who embarks on a journey to discover and fight the malevolent entity responsible. That's all we know so far about The Terror Season 2.

The Terror Season 1 was a success, as mentioned above. The debut season has drawn 3.336 million viewers with a 1.34 key demo among adults 18-49. Though also worth noting that the season finale has garnered only 0.791 million viewers. Yet, as for the response from critics and viewers, it was excellent and even above praise. On Metacritic, the show holds a score of 76/100 and 7.8/10, among critics/viewers, respectively. On Rotten Tomatoes, The Terror Season 1 has received a score of 8.58/10 and a 95% approval rating among critics, while the viewers have evaluated the 1st round at 4.2/5 and a 86% rating.

Inspired by the actual events, the series focuses on the expedition undertaken by an experienced polar explorer, Captain Sir John Franklin, in 1845--1848. It was a dangerous voyage aboard the Royal Navy's polar explorer ships HMS Erebus and HMS Terror into the unknown area. The crew's primary goal was to discover the Northwest Passage.

However, no one could even imagine how severe might be the conditions of such a hazardous voyage. Because of the limited resources and fear of the unknown, the team faced with the trial they were not able to overcome. Having been frozen and isolated, the explorers found themselves on the brink of extinction. Eventually, all the members of the expedition were forced struggle to survive.