Alaska: The Last Frontier - Will There Be A Season 9? 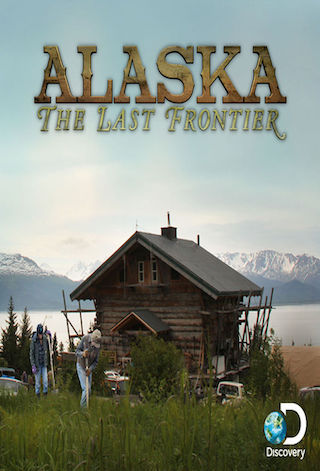 Those of you who have been witnessing the 8th season finale on January 27, 2019, are no doubt looking forward to Alaska: The Last Frontier Season 9. However, Discovery Channel has yet to announce the renewal. In spite of this, numerous factors are pointing out such a decision. And below we want to take a look at the most reliable of them. But first, we want you to know that there is no official announcement of Season 9 as of yet, no matter what did you read or heard.

The 8th season premiere has garnered 2,215 million viewers with a 0.33 key demo among adults (P18-49). Though this figure may look a bit low for a TV show on ABC or CBS, yet for such a cable network as DISCOVERY is, such amount of viewers is more than enough for a decision on renewal. Besides, the viewers are mostly satisfied with the show due to a high rating of Alaska: The Last Frontier on IMDb, 7.8/10 ~ 1,300 votes. For comparison, the show's "rival," Alaskan Bush People has drawn a bit less viewers in its tenth season premiere, 2,180 million viewers.

Another key factor which allows us to think that Alaska: The Last Frontier Season 9 is due to happen is the story arc of the current installment. First, we know that last year the Kilchers survived a damage to the homestead as well as a set of failures, and thereby this spring brings new opportunities for each family member. Secondly, this season the Kilcher family explores new territories and obtains news skills. They embarked on a journey to Adak Island, seeking for caribou, and went towards Red Mountain to provide themselves with fresh food.

In addition, it's worth noting that during the season premiere, we are witnessing the returning of Levi, Tela, as well as Jewel. Each of them is capable of bringing new stories in the show. Finally, Atz Sr. faced his most difficult challenge in an attempt to build the family's first floating homestead.

Therefore, we see a lot of new story arcs that can't be fully covered in just one season. We thereby tend to believe that Discovery Channel is going to pick up Alaska: The Last Frontier for Season 9 since the ratings look pretty stable, the reception is very positive, and there are a lot of ways to extend the storyline. In our opinion, Alaska: The Last Frontier Season 9 is just a matter of time. All we need is just waiting for the official announcement, which no doubt will follow soon.

As soon as Discovery Channel announces the renewal, we will update this page. Stay tuned for updates. We will keep you informed.

Alaska: The Last Frontier premiered back in 2011, and is currently in its eighth installment. The show has been nominated for numerous awards and won the 2013 Telly Award in the nomination "Main Title."

The story focuses on the Kilchers family, which owns a homestead in the Alaskan wilderness. For over eighteen years, they fight the severe conditions, in an attempt to survive. Along the way, they faced numerous unexpected setbacks, such as damage to the homestead, natural disasters, hunger, etc. Yet the family is still continuing to develop these lands.

Next Show: The Rookie